This post is not about bragging. We have had too many failures, but in the spirit of helpfulness and our own reflection, we wanted to share what has, in fact, been working for us.

We’ve also learned some activities that work really well for them. Let’s get right to it. Here are some ideas we’d like to share with you.

Here is our 2 year old learning to use play dough. Instead of simply giving him the play dough, we turned it into an activity by offering him tools he could use to also work on fine motor skills. It made it a bit more challenging and interesting. I had to sit with him the first couple of times to get him to not eat it and also to stay with it. It was an initial investment that yielded a nice long term gain.

These two kits have been an awesome tool for my 5 year old. The numbers box requires that she matches the number to the images and then the spelling of the word. It’s a self correcting puzzle, too, so if you’re kid is somewhat independent, they can do this on their own! Once she mastered that part of it, we had her copy down the numbers and the corresponding word to practice her writing, too. We also sometimes had her put it all in numerical order to get some more math practice in.

Like the numbers box, this words box is also a self-correting puzzle. It focuses on syllables and the words are split so that the child must match the letters that complete the word. In her case, after she was done with the puzzle piece, we also pushed her to write the words down and get some letter writing practice in!

This homemade stair case became quite useful! Not only would they help me cook, but we could use it to teach them to do dishes and any other tall chores. This is safer than a chair because that back piece holds them in case of a slip. Of course, you still want to supervise closely as your children use this. They never used it without me by their side.  Here is a link to search some of these in case you just want to purchase one! 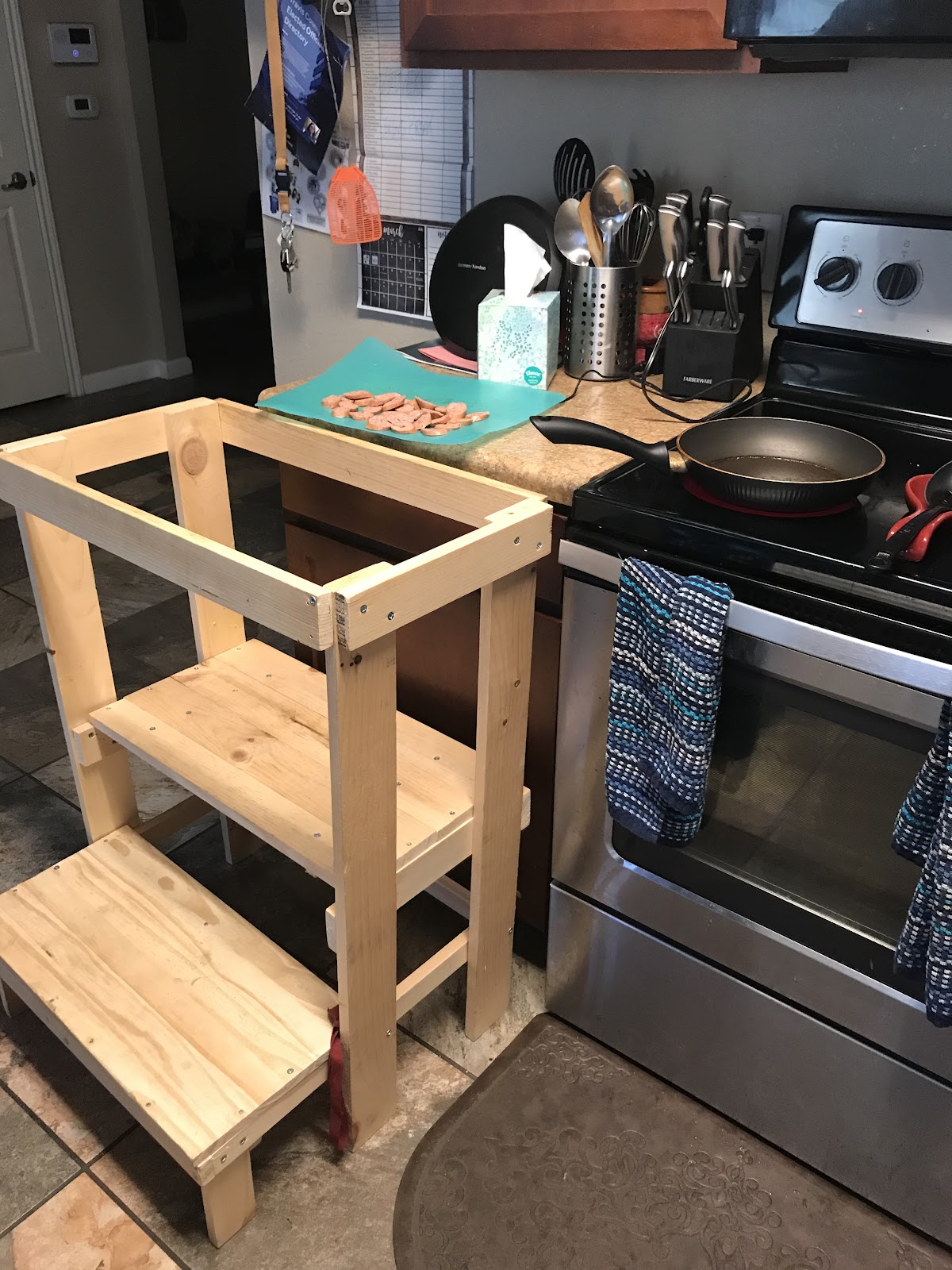 This little puzzle (a hand me down from his older sister) was also useful. We have made some important letter recognition gains! We practice the sound of each letter as he puts them in their place, and he has learned their shape so that he can put the puzzle together. At this point, he knows letters make sounds and whenever he sees a letter he asks me, “what does this say?”

But how did you even manage your time?

And lastly, what did we end up doing for a schedule? Well… that differs from home to home, so we are not judging or telling you what’s right, but here’s what we did, and it worked, for the most part:

Now, this was a shared day as parents. We definitely have had to be a team. All hands on deck! What will we do when we’re all back full time? We have no idea! But this blog post isn’t about the uncertainties and stressors of the immediate future. Ha! It’s about what worked, what we were able to do, and sharing that with all of you. Of course there is more and maybe we’ll flush that out later. For now, we wanted to show you some simple things we took on.

Let us know what works for you!

What do we talk about the most?